What is World of Warcraft 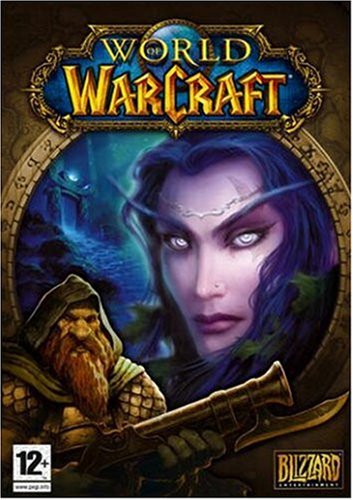 What is World of Warcraft? World of Warcraft is an online game where players from around the world assume the roles of heroic fantasy characters and explore a virtual world full of mystery, magic, and endless adventure. So much for the short answer! If you’re still looking for a better understanding of what World of Warcraft is, this page and the Beginner’s Guide are the right place to start.

So, what is this game? Among other things,
World of Warcraft is…

Games in the same genre as World of Warcraft are commonly referred to as MMORPGs, which stands for ‘Massively Multiplayer Online Role-Playing Game’.

Most multiplayer games can accommodate anywhere from two up to several dozen simultaneous players in a game. Massively multiplayer games, however, can have thousands of players in the same game world at the same time, interacting with each other. They are, as the name suggests, massive.

Unlike most games, MMORPGs do not have an offline mode; you need to be connected to the Internet while you play. This doesn’t mean that you can’t enjoy these games alone; World of Warcraft offers plenty of content to players who want to go it solo. But since you share a virtual world with other players, you need to be connected to the Internet to join in the fun. Much of the game’s advanced content is geared towards groups of players working together to explore dangerous dungeons and defeat powerful monsters.

In World of Warcraft, each player character has a specific set of skills and abilities that define that character’s role. For example, mages are powerful spellcasters who use magic to inflict damage on their enemies from afar but are very vulnerable to attacks. These traits define the role of the mage: hang back, do a ton of damage, and hope to kill the monsters before they reach you.

In a group context, there are three main roles: tank, damage dealer, and healer. A warrior can choose to serve as a formidable ‘tank’, or protector. Tanks are resilient, and it’s their job to draw the enemy’s attention away from the more vulnerable members of the group. The aforementioned mages make excellent damage dealers. A priest specialized in healing powers may not do as much damage as other classes, but they can play a vital role, keeping the party alive with healing magic. It’s important to note that all classes, regardless of which role they perform, are able to play solo. Some classes are limited in the kind of role they can play: warlocks and rogues, for instance, are strictly damage dealers. Some character classes, like the druid, can capably fulfill all three roles.

Role-play also means that you play the role of a character living in the game’s fantasy world. How much or how little you role-play is up to you; some players construct entire background histories for their characters and adopt unique mannerisms when they’re ‘in character’. Immersing yourself completely in the fantasy can be a lot of fun, but tastes vary, and it’s perfectly alright if full immersion simply isn’t your style. This kind of role-play is purely optional, and we provide separate Role-Play realms for those who prefer to play in an immersive world.

To summarize: In an MMORPG, you play the role of a unique character in a persistent online world shared by thousands of other players.

…set in the high-fantasy universe of Warcraft

Before World of Warcraft, there was the Warcraft series of strategy games. World of Warcraft is set in the same high-fantasy universe as the previous Warcraft games, and it builds on and expands a legacy of more than fifteen years of epic storytelling.

Azeroth is a world of swords and sorcery. Its lands are home to a vast number of races and cultures, led by kings, chieftains, lords, ladies, archdruids, and everything in between. Some of Azeroth’s people share bonds of friendship reaching back thousands of years; others are sworn enemies with long histories of bitter hatred. Among all these different kingdoms, cultures, tribes, and territories, two major power blocs are locked in a struggle for dominance.

THE FACTIONS AND RACES OF WARCRAFT:ALLIANCE AND HORDE

In Warcraft, there are two large, opposing factions. On one side is the noble Alliance, which comprises the valiant humans, the stalwart dwarves, the ingenious gnomes, the spiritual night elves, the mystical draenei, and the bestial worgen;

on the other side is the mighty Horde, made up of the battle-hardened orcs, the cunning trolls, the hulking tauren, the cursed Forsaken, the extravagant blood elves, and the devious goblins. Your character’s race will determine whose side you are on, so choose carefully.

Epic as they may be, these wars between the mortal races pale in comparison to the malevolent forces threatening Azeroth from within and without. Deep beneath the surface of Azeroth, the terrible Old Gods mastermind the release of untold horrors upon the world; in the frozen wastes of the northern continent, a being of pure evil commands a vast army of undeath, ready to snuff out all life; and far across the stars, deep within the warped realm of the Twisting Nether, an unstoppable force of chaos and destruction thirsts to lead its demonic legion to Azeroth and to put the world to the flame.

World of Warcraft thrusts you into a central role of an ever-changing story. You and your friends will be active participants in events that are steeped in the rich lore of this fantasy universe. Fight for either the Alliance or the Horde, and experience a fully-realized fantasy world.

In World of Warcraft, you play the role of a fantasy hero. Over the course of his or her life, your character will brave thousands of quests, learn new and powerful abilities, amass (and likely spend) vast fortunes of gold, and find hundreds of powerful weapons, enchanted rings, artifacts, suits of armor, and more.

In other words, your character progresses and gets stronger as you gain experience, new skills, and more powerful items and equipment. Your character’s progress is automatically stored online, which means that you always pick up right where you left off when you start the game again. In fact, your character’s data can be stored for as long as you want, so you can progress at whatever pace you feel most comfortable with. Some players blaze through the game’s content at record speed to reach the endgame as quickly as possible, while others prefer to take the time to stop and smell the roses. The choice is entirely up to you.

But what’s more, you are not limited to just one character. You can keep a roster of several different characters (currently up to 50), and each character will present you with an entirely different game experience depending on what race and class you choose for them.

CLASS AND RACEDEFINING YOUR CHARACTER

When you create your character, you must make two decisions that profoundly affect how you will play World of Warcraft. One of these is your race, the other is your class.

A character’s race determines his overall look and also his faction (Alliance or Horde). Faction is important because only characters of the same faction can talk and cooperate with each other; you will not be able to communicate or band together with members of the opposite faction. Race is mostly a social choice.

Your class, on the other hand, determines what your character can and can’t do. Each class offers a vastly different gameplay experience, so the best way to find out which class is right for you is by creating a few different characters to get a glimpse of what each class feels like. And of course, there’s also the class guide on this website. Class is mostly a gameplay choice.

…a world of magic, mystery, and limitless adventure

Being a hero sounds great in theory, what with all the glory, fame, fortune, friendly faces in every town, and songs of your epic exploits around every campfire, but what do heroes actually do?

Essentially, the core gameplay of World of Warcraft revolves around fighting monsters and completing quests. You will encounter thousands of non-player characters (NPCs), computer-controlled characters who may need your help with tasks ranging from the mundane (such as delivering a letter) to the truly heroic (rescuing a dwarven princess from the evil Dark Iron Clan, for example). More often than not, these quests will put you right in harm’s way, and you’ll find yourself squaring off against deadly monsters. You will be able to deal with most monsters you encounter by yourself, but the true challenges and the big payoffs await in the world’s many dungeons and raids, which can only be conquered by groups of heroes working together as a team.

Another aspect of the life of a hero is the constant struggle between the Alliance and the Horde. Even though there are currently no all-out wars, tensions are high, and small skirmishes regularly take place all over Azeroth where players from both sides fight each other. This is called player-versus-player combat (PvP).

Dungeons are dangerous places where the monsters are much stronger and much smarter, making them difficult to kill. Dungeons are geared towards small groups of no more than 5 players and on average take about half an hour to fully explore. The loot found in dungeons is of higher quality than what you’d find out in the wild, but it is usually not as valuable or powerful as the loot that can be acquired in raids.

Raids are similar to dungeons, but they pose an even bigger challenge. Monsters are even tougher, the area to explore is usually much larger, and they require bigger groups of players to complete, usually 10 or 25. Due to the higher level of difficulty, raids may take longer to finish than dungeons, but the rewards are well worth the effort. The game’s most powerful items and artifacts can be found in raids.

Open-world PvP can happen anywhere in the world where players of opposing factions meet. These fights usually start as small one-on-one confrontations, but sometimes this type of PvP escalates to massive proportions, especially if an organized group of players decides to jump into the fray.

Battlegrounds are PvP battlefields where the two factions are engaged in constant battle over specific strategic targets. Two teams are pitted against each other and must achieve a set of objectives in order to win. These objectives can be simple (such as capturing the enemy flag) or complex (breaching an enemy stronghold and assassinating its commander, for example). You can earn powerful weapons and armor by participating in these battles.

The Arena offers a slightly different PvP experience. In this more formal setting, organized teams of 2, 3, or 5 players square off in a bloody competition for fame and glory. There is only one objective – defeat every last member of the opposing team. Arena teams are ranked on a competitive ladder and can gain unique equipment that offers benefits optimized towards PvP gameplay.

World of Warcraft is a truly massive game. Between the original game, regular patches that add new content, and three full-fledged expansions – The Burning Crusade, Wrath of the Lich King, and Cataclysm – hundreds of hours of gameplay content await you. We’ve outlined the basics , but only scratched the surface of all that World of Warcraft has to offer.