Wholesale Uncharted 2: Among Thieves for PlayStation 3 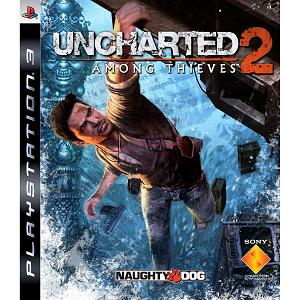 Uncharted 2: Among Thieves is the sequel to what many considered an instant classic, being one of the first games to ever truly showcase the potential of the PlayStation 3. However, this latest addition takes things to a whole new level.

Players once again join Nathan Drake as he looks to uncover a fortune in treasure by tracking the movements of Marco Polo’s last voyage. He is joined by a familiar cast of characters, including his friend Sully, while encountering a number of new friends and foes along the way.

The mix of gunfights and platform-style action from the original game remains, but the player is now tasked with a more strategic gameplay element, requiring them to utilise cover and stealth where necessary. The parkour-style climbing mechanics have also been heavily refined, giving the player unprecedented control over Nate’s actions. Of course, this would not be fair unless the opposition has also been upgraded. Fortunately, Naughty Dog has devoted equal time to improving both the player’s character and his enemies, making for highly realistic action.

Players who enjoy multiplayer gaming will be thrilled with the level of options in Uncharted 2: Among Thieves, allowing online cooperative and competitive play over numerous maps. This gives players their first opportunity to play as one of the villainous characters, competing against the heroes in flag capture or team deathmatch games.