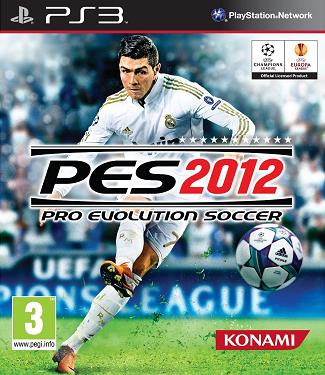 PES 2012 continues KONAMI’s determination to listen to its fanbase and make key improvements to the aspects the audience demands. Thus, the focus for PES 2012 is to ensure the highest level of playability, challenge and realism for the game, whilst also improving the level of control offered to users. Fundamental changes to all areas of its AI have been made following user feedback. Similarly, teamwork is central to how the game moves and feels, enabling fans to replicate anything they would see in a real match.Active AI: PES 2012 strives to recreate the movement and team ethic of real football, and Active AI plays a vital role in this. Players will no longer flock to a ball, but will make intelligent runs to create space and draw markers, while others will make themselves available, instigate runs, and visibly call for the ball. In the box, support players will make diagonal decoy runs, full backs will overlap on the wings and midfielders will provide support from behind the ball. The new Active AI routines ensure the flow of a match is more natural, with specific routines for both attack and defence. Hold-up play implemented last year has been improved for easier control with more effectiveness. Defending as a unit plays a key role, and players now hold a tight line, check on the distance between each other, track back as a unit, and fill in for each other. As individuals they also make better decisions to close space, block and tackle.
Jostling: Physicality is a key component in PES 2012, with player strength one of their key individual attributes, and having a vital effect on how they can use their strength to win the ball in a one-on-one situation. Players now fall depending on how they are challenged, with more realistic animations used to show the challenges between two jostling players.

Graphics: Several aspects of the game have enjoyed a huge overhaul. Player facial expression is now much richer and the lighting effects are more natural, while new cameras show off the huge variety of pitch-side movement, with more detail on and around the game than ever before.

Off The Ball Control: Equally key to opening up PES 2012 is the ability to highlight any player at any time. A new system has been implemented, allowing users to switch players with ease. In defence, the right stick is now used to select any outfield player, while set pieces are also enhanced through its use. Goal kicks, corners, free kicks and throw-ins now let the user quickly take control of any player off the ball, enabling clever runs which create space for an attack.

Referee AI: Referees are also crucial to general game flow and their AI has been greatly enhanced to ensure fewer interruptions to play. Decisions are improved, and advantage is played much more regularly in offside and free kick scenarios. As such, refs will only intervene when truly necessary, but they will show cards if necessary once play has broken down.

Pass Support: Accessed through the new personal player settings, Pass Support allows users to determine the level of AI assistance when passing the ball. Players can opt for one of five settings from full support, right up to full veteran setting which switches off all assistance so that the direction, weight and speed of every pass is at their disposal