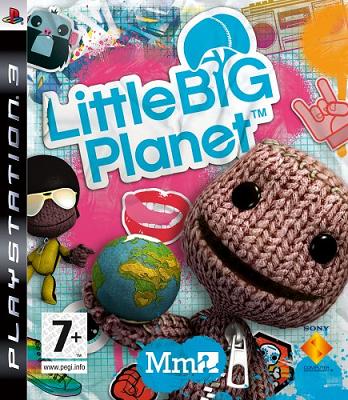 Mario and Sonic. Having been pushed to the wayside as a gaming style, LittleBigPlanet succeeds in bringing it back. The combination of predesigned levels and user generated content makes for something that has never been seen before and unparalleled longevity.

LittleBigPlanet was highly anticipated for many years before its release, and when it finally arrived, players and critics alike were not disappointed. Behind the simplistic nature of guiding a player’s character through various stages exists one of the most customisable games ever made. The intuitive level editor allows for the creation of virtually anything the player can imagine, with the complexity reduced by a range of extensive video tutorials. Created levels can then be shared online with other players around the world.

The multiplayer experience in LittleBigPlanet is almost as extensive as the level editor. Players can team together to take on various levels, or even work together on level design, with up to four players editing the same canvas simultaneously.

The game provides a refreshing change to the gaming world. While it is a platform game at heart, it is also one of the best new ideas ever implemented on the current generation of consoles.