Winner: Children’s BAFTA Award for Best Video Game 2008.
The villains are on the loose

Take control of the Dynamic Duo, Batman and Robin, as you build, drive, swing, and fight your way through Gotham City capturing escaped villains and putting them back in Arkham Asylum where they belong. Battle against legendary villains including The Joker, The Penguin, Catwoman and more to keep the streets of Gotham clean. Then, for the first time, jump into the story from the other side and play as Batman’s foes. Enjoy the power you wield as you spread chaos throughout the city. 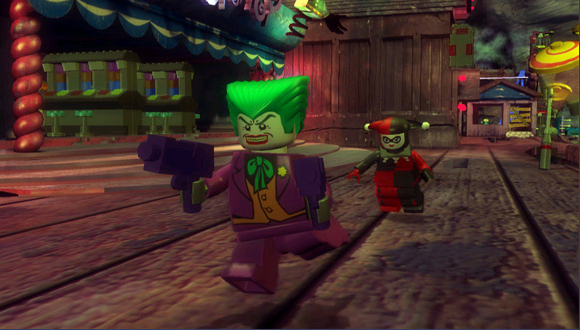 Sometimes it’s good to be bad 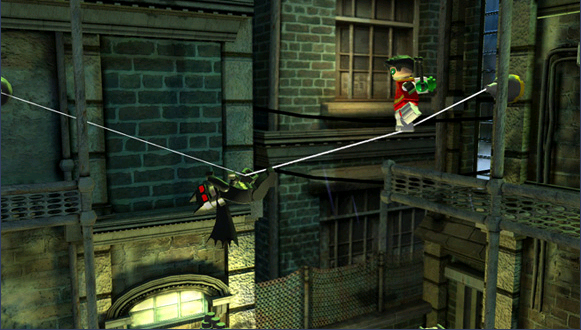 Where do they get those wonderful toys?

Product Description
Holy Batman! All the villains from Arkham Asylum have escaped and it’s up to Batman and Robin to stop them. Play as Batman and his sidekick Robin as you build, drive, swing and fight your way through Gotham City. Then, jump into the story from the other side and play as Batman’s foes. There is no rest for the good (or evil).

Play through the game in Story Mode from both the hero and villain sides Replay any level in Freeplay Mode with any characters you’ve unlocked. Access previously hidden areas to find additional rewards and bonus content Collect LEGO studs and special LEGO bricks throughout the game to unlock tons of extra content including special power-ups and bonus levels

LEGO Batman: The Videogame is the latest game from the award-winning team behind the LEGO Star Wars series of games. With trademark LEGO fun and charm, the game takes you into the world of the ultimate crime-fighting hero.LEGO Batman: The Videogame brings the one-and-only Caped Crusader to life in a completely original storyline. Players will take control of the Dynamic Duo, Batman and Robin, to fight Gotham Cityâ€™s most notorious criminals including The Joker, The Penguin, Catwoman, Scarecrow, Killer Croc and many more. The criminals have broken out of Arkham Asylum and are set to wreak havoc on the city.

Players will also be able to explore their wicked side and fight their way through the game as the villains, experiencing the game from a completely different point of view with all-new criminal objectives!

With a collection of high-tech suits, gadgets and cutting-edge vehicles on hand, players will be able to step into the unique LEGO Batman universe to bring super villains to justice â€” or, as the villains, to run amok in Gotham City!

The Black Knight is back like you’ve never seen him before! From Traveler’s Tales, the creators of the Lego Star Wars games, comes Lego Batman. Pulling inspiration from the gamut of bat history, this action-packed Batman experiences lets you play as Batman, Robin or more than 12 dastardly villains — all in their super-fun LEGO form!

There’s been a big break-out from Arkham Asylum. Batman must again face against classic bad guys and girls like the Joker and Catwoman. Designed for standard two-player, drop-in/out cooperative play, Lego Batman is broken up into 18 levels, with three different story arcs (that’s six levels per story arc). Lego Batman lets you play in both hero and villain story modes, as well as a free-play mode. The Batcave serves as the natural hub area for Batman while Arkham Asylum is the hub for villains.

Lego Batman lets you build and take control of Lego versions of your favorite vehicles like the Batmobile, Batboat and the Batwing. As you collect various Lego pieces throughout a level, you’ll develop special superhero power suits to give you extra moves. The bad guys come with their own evil perks. For instance, the Joker electrifies enemies and powers machines with his electric buzzer and Harley Quinn soars above other characters with her super-jump.