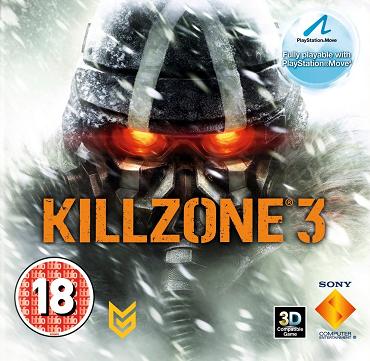 Killzone 3 is the latest in the bestselling franchise, a PlayStation exclusive and one of the most popular first-person shooters around. Players are instantly transported back into the action, picking up where the prequel left off. Once again, the player and their special ops team strive to fend off the Helghast Empire, which is seeking revenge following the loss of their leader, Visari.

Killzone 3 is actually the fourth instalment in the series and is the first to make use of the innovative PlayStation Move controller. While traditionalists can continue to use the DualShock controller, the
more adventurous can make use of both the Motion and Navigational controllers to handle both movement and firing. Subtle movements enable players to act out any of the game’s features, from reloading to melee attacks.

While the Move compatibility is undoubtedly one of Killzone 3’s strong points, the developers have not overlooked other aspects of gameplay. Players are treated to the largest gaming environments ever seen in a Killzone title with a brand new engine to ensure that the graphics stand up to any test. Numerous tweaks have also been made behind the scenes, particularly the new AI system that is among the best ever seen in a game. Of course, the player needs to stay on their toes when encountering such advanced AI and a new combat system combines with dozens of new weapons and abilities to give the player the best chance of survival.