Forza Motorsport, the highest rated racing franchise of this generation, makes its return to the race track in Fall 2011 with Forza Motorsport 4. The definitive racing game of 2011, Forza Motorsport 4 brings together genre-defining, controller-based racing, the power and freedom of Kinect, and content from leading brands like Top Gear to create an automotive experience unlike anything before it. 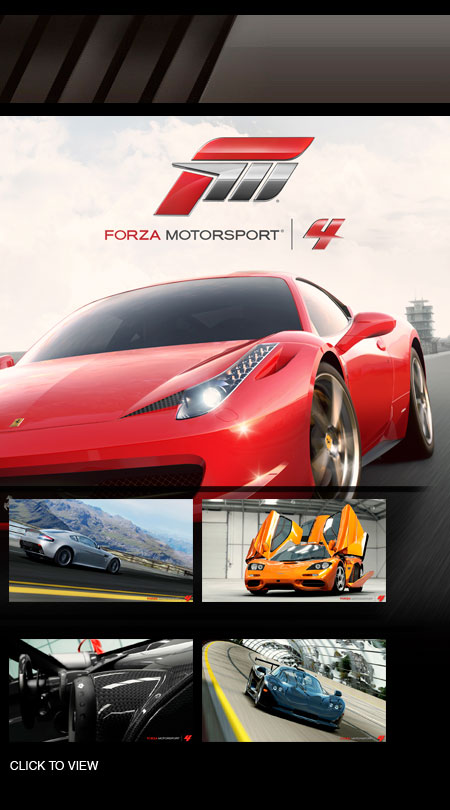 Forza Motorsport 4 takes innovative leaps forward in the racing genre, delivering stunningly beautiful graphics, a robust variety of cars, tracks and challenges with ground-breaking social interaction all while allowing players to revel in their car passion like never before thanks to the power of Kinect.

Get a head start on the competition with “Profile Import”