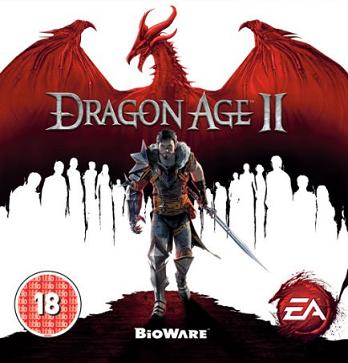 Dragon Age 2 returns to the roots of single player role playing games, operating in a much loved genre and perfecting the art of storytelling. The game features Hawke, an unknown but potentially all powerful hero who is one of the few to survive the devastation wrought on his homeland of Ferelden.

While some role playing games give the player the impression of watching a movie, Dragon Age 2 breaks down every barrier to involve the player in every decision. Unlike some of its predecessors, every decision affects the game’s outcome whether the player aims for wanton destruction or romance. There is much to take in, but players are assisted by Varick, the game’s very own story teller who recounts events from Hawke’s past in the form of replays and flashbacks.

The adventures within Dragon Age 2 span an entire decade, as Hawke rises from nothing to a living legend, with players able to decide everything from their combat class to their overall attitude. Updated graphics add to the atmosphere, having come a long way from those used in the original, which were highly impressive. The quality of the cinematics has also improved, visualising the tales told by Varick.

The player must take control of a broken man, forced from his home and seeking to establish himself. They even choose their own allies; personally selecting the team they feel will give them the greatest chance of success in their quest for power.