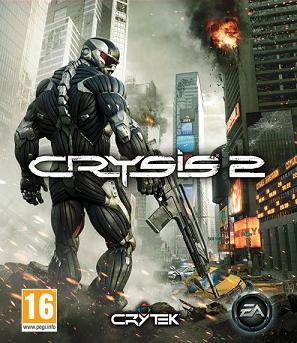 Crysis 2 builds on the success of its predecessor, known for being one of the most technologically
demanding games in the history of first-person shooters. In the storyline, New York takes the place
of the jungle setting of the original and is under alien attack. The player takes on the role of Alcatraz,
a Force Recon Marine tasked not only with repelling the alien threat, but also avoiding numerous
human agents working for CryNet Systems who wish to regain ownership of the Nanosuit 2.

While a battle suit is not a new concept in gaming, the Nanosuit 2 is one of the best
implementations of the idea, allowing the player to improve their own skills on demand, including
boosting their strength and speed and even allowing them to turn invisible. This adds a whole new
dimension to the gameplay, giving players a legitimate choice of how they wish to tackle various
enemies.

While the original game was perhaps best known for its graphics, Crysis 2 takes graphical prowess
to another level and is arguable the best looking console game ever. The CryEngine 3 platform was
developed with graphical superiority in mind, but also houses advanced artificial intelligence that
learns from the patterns made by the player.

Crytek, the developers of Crysis 2, are well known for pushing the limits of current technology,
having not only the original Crysis but also Far Cry on their development CV, guaranteeing players a
realistic, immersive experience.