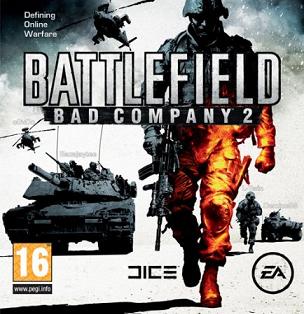 The Battlefield series has always been about the multiplayer experience, and Bad Company 2, the
latest in the series, takes multiplayer combat to a whole new level. Featuring brand new vehicle
battles and some of the most interactive maps ever seen in a first-person shooter, the game truly
satisfies the demands of all players.

New additions for the latest release include tactical combat, where players can manipulate
structures to serve as cover points, or even demolish entire buildings in order to gain a tactical
advantage. New vehicle types both on land and in the sky also add a new dimension to the game.
New game modes include squad games, where four players join together as a team to take on the
world and are rewarded with brand new team achievements.

Every in-game character can be as individual as the player at the controller, with four different
character classes being accompanied by dozens of weapons and gadgets plus literally thousands of
equipment specializations allowing some of the deepest customization ever seen.

Aside from new maps and intelligent terrain, players will experience the revamped ‘Frostbite’
engine, exclusively developed by Digital Illusions CE and offering first class graphics and collision
detection. Players are rewarded for their success with badges, insignia and fifty different ranks,
allowing them to clearly display their prowess on the battlefield.