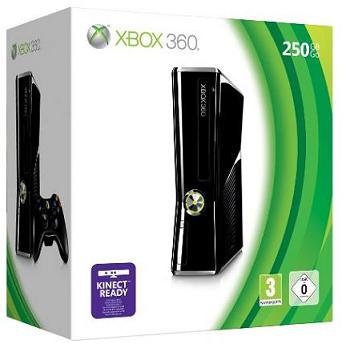 Dubbed by Microsoft as the Xbox 360 S gaming system, but commonly referred to as simply the Xbox 360, the new “S” version of the most advanced gaming console in the world received a facelift and was announced right before E3 2010.

It had long been speculated Microsoft was working on a redesign of the popular Xbox 360 gaming system after photos surfaced in mid March, 2010, showing what appeared to be a brand new design of the motherboard. Within 2 months, ads surfaced showing a slimmer version Xbox 360. The ads stated that the redesigned gaming console was to come equipped with a 250 gigabyte hard drive and Wi-Fi functionality.

The Xbox 360 S gaming system has a completely redesigned motherboard, which gives provides it with more than 30 percent more space than its predecessors. This allowed Microsoft to make the new Xbox both quieter and more compact than the previous versions. The new 360 S also comes with 5 USB ports, which is 2 more than on its predecessors. This redesigned console also has a custom port which accepts peripherals including the new Kinect sensor. The Xbox 360 S comes equipped with a 2.4 Gigahertz 802.11 B/G/N Wi-Fi antenna as well as an optical audio connector, giving for wireless networking and digital audio without any extra adapters. The classic memory card slots from the previous Xbox systems have been replaced by USB flash drives, a welcome change. Furthermore, the DVD drive and Power buttons are no longer physical buttons but instead touch sensors, which is another addition that takes the Xbox system to the future.

The familiar external HD drive connector was replaced by an internal bay that accepts proprietary HD’s. In fact, the new bay is designed in such a way that even the hard drive from a laptop can be inserted. It has also been found that the hard drive from the previous model can be inserted into the new model, meaning you don’t have to purchase a new hard drive for it. Instead of two small fans, there is one bigger, more powerful fan to keep the system cool, and the vents have been redesigned, as well. Unlike the older gaming systems which had names based on their SKU’s, the new versions are marked by the amount of storage they have, just like their main rival, the PS3. When these new versions began to be shipped, the remaining Elite systems got a price drop from 250 USD to 150 USD, a whopping 100 USD difference.

The first version of the Xbox 360 S SKU gaming console came with a 250 GB hard drive and it had a glossy black finish on its casing. It was sent to retailers in the US on the 14th of June, 2010, and was put on sale almost immediately. The Xbox 360 S SKU was released in New Zealand and Australia, on July 8th and July 1st, respectively, and was released in Europe on the 16th of that month. It currently costs approximately 300 dollars, taking the place of the Xbox 360 Elite gaming console. As of August 2011, all new Xbox models will have a matte finish, replacing the glossy finish.