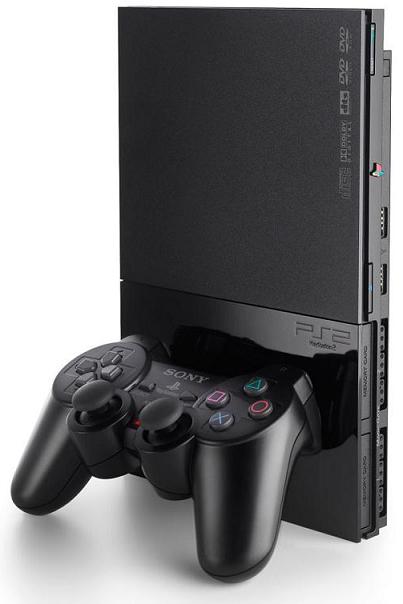 First released in 2000, the PS2 is a 6th generation gaming system built by Sony, and the second product in the PlayStation series. Its competition consisted of the X-box from Microsoft, the Game Cube from Nintendo, and the Dreamcast from Sega. With over 150,000,000 units sold worldwide, the PS2 surpasses all other video game systems in terms of sales. There are over 10,828 different games available for the PS2, and 1.52 billion have been sold since the PS2’s launch. Even a decade after its release, consoles are still being purchased at a steady rate and new games continue to be developed, despite the introduction of the PlayStation 3 back in 2006.

Sony announced the upcoming release of the PS2 in 1999, but the gaming console only released a year later. Due to severe manufacturing delays, PS2-2 gaming systems were hard to find in stores, and people paid as much as 1,000 dollars for PS2 gaming consoles through eBay. The console’s backward compatibility, the ability to play DVD’s, and the power behind the PlayStation brand all contributed to lots of sales from the moment the gaming console was released.

Despite the discontinuation of the Sega Dreamcast gaming console in 2001, the PS2 still had competition from Nintendo’s Game Cube and Microsoft’s X-box. All three consoles were unique in their own way, such as the Game Cube having a smaller price tag, the X-box being equipped with the most powerful hardware, and the PlayStation-2 having the capability to play DVD’s. Though initially the PS2 had a poor lineup of games, during the 2001 winter season new games were released for the PS2 that propelled the console ahead of its competition. The PS2 also held off the X-box temporary by securing exclusives for very hyped games such as Metal Gear Solid 2 and the GTA series.

Although Sony placed little regard on online gaming initially, it had to adapt to keep up with the launch of the X-box, which was online-capable. Coincidentally, the PS network adapter was released by Sony near the end of 2002, at roughly the same time as Microsoft released X-box live. Sony followed by also releasing a bunch of hot online games, such as SOCOM: US Navy SEALs. Though late to the world of online gaming, the moves Sony made toward catching up increased the popularity of the PlayStation-2.

In the Fall of 2004, just prior to the release of GTA: San Andreas, a newer, much slimmer version of the PlayStation-2 was revealed by Sony. In their preparation for the release of the newer consoles, Sony ceased production of the older gaming systems. However, after a serious manufacturing problem, which was reportedly Sony’s underestimation of demand for the console, there was a big slowdown in production of the newer consoles, which were in part caused by shortages between the time the older consoles were taken out of stock and the newer consoles were ready for shipping. The problem was further aggravated for Britain due to an incident when a cargo ship full of PS2 gaming consoles that was headed for the UK couldn’t pass through the Suez Canal because a Russian tanker ship got stuck there. During 1 week in November, the sales of PS2 gaming systems in the UK reached only 6,000 consoles, compared to a whopping 70,000 consoles just a few weeks earlier. Right before Christmas, there were shortages in thousands of stores in the USA. Although the initial life span for the PS2 was announced as 10 years, Sony stated that as long as the console continues to sell, and new games will be developed for it by developers, the life-cycle of the console will continue indefinitely.