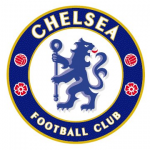 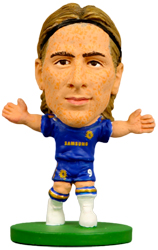 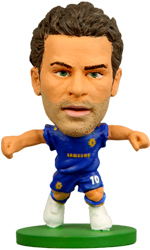 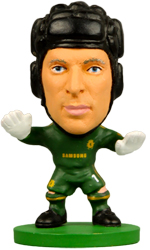 Chelsea Football Club are an English football club based in Fulham, London. Founded in 1905, they play in the Premier League and have spent most of their history in the top tier of English football. Chelsea have been English champions four times, FA Cup winners six times and League Cup winners four times. They have also achieved European success, winning the UEFA Cup Winners’ Cup twice. SOOCERSTARZ© is proud to have official licence to replicate their greatest players and we will be adding new ones on a regular basis. Watch this space!

Chelsea’s home is the 41,837 capacity Stamford Bridge stadium, where they have played since their establishment. The club had their first major success in 1955, when they won the league championship, and won several cup competitions during the 1960s, 1970s, 1990s and 2000s. The past decade has been the most successful period in Chelsea’s history, capped by winning their first league and FA Cup “Double” in 2010. Since 2003 they have been owned by Russian billionaire Roman Abramovich.