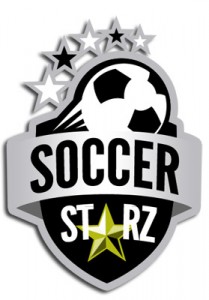 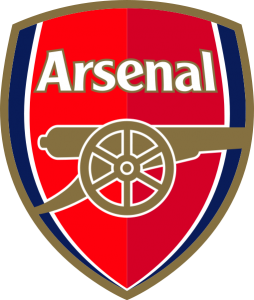 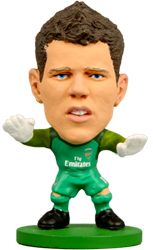 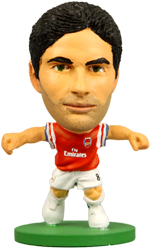 Arsenal Football Club is an English professional football club based in Holloway, London, which currently plays in the Premier League. One of the most successful clubs in English football, it has won 13 First Division and Premier League titles and 10 FA Cups. Arsenal holds the record for the longest uninterrupted period in the English top flight and is the only side to have completed a Premier League season unbeaten (in the 2003-04 season). Arsenal was founded in 1886 in Woolwich and in 1893 became the first club from the south of England to join the Football League. SOOCERSTARZ© is proud to have official licence to replicate their greatest players and we will be adding new ones on a regular basis. Watch this space!

In 1913, it moved north across the city to Arsenal Stadium in Highbury. In the 1930s the club won five League Championship titles and two FA Cups. After a lean period in the post-war years it won the League and FA Cup Double, in the 1970–71 season, and in the 1990s and first decade of the 21st century won two more Doubles and reached the 2006 UEFA Champions League Final. Arsenal has a long-standing rivalry with neighbours Tottenham Hotspur, with whom it contests the North London derby. Arsenal is the third most valuable association football club in the world as of 2010, valued at $1.2 billion.

For much of Arsenal’s history, their home colours have been bright red shirts with white sleeves and white shorts, though this has not always been the case. The choice of red is in recognition of a charitable donation from Nottingham Forest, soon after Arsenal’s foundation in 1886. Two of Dial Square’s founding members, Fred Beardsley and Morris Bates, were former Forest players who had moved to Woolwich for work. As they put together the first team in the area, no kit could be found, so Beardsley and Bates wrote home for help and received a set of kit and a ball. The shirt was redcurrant, a dark shade of red, and was worn with white shorts and blue socks.