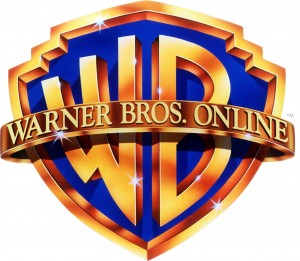 WARNER BROS. ENTERTAINMENT INC. is a fully integrated, broad-based entertainment company and a global leader in the creation, production, distribution, licensing and marketing of all forms of entertainment and their related businesses. A Time Warner Company, Warner Bros. Entertainment stands at the forefront of every aspect of the entertainment industry from feature films to television, home entertainment/DVD, animation, product and brand licensing and interactive entertainment. The company’s vast library, one of the most prestigious and valuable in the world, consists of more than 61,000 hours of programming, including nearly 6,500 feature films and 3,000 television programs comprised of tens of thousands of individual episodes. Warner Bros. Entertainment’s employee population ranges from 5,000 to 15,000 on any given day in North America (depending on the level of television and movie production) and some 2,000 employees overseas. In 2012, the Warner Bros. Pictures Group grossed $4.3 billion at the worldwide box office ($1.66 billion domestic, $2.67 international) with both its domestic and international divisions crossing the billion-dollar mark for a 12th consecutive year, a feat unmatched by any other studio. The Pictures Group has exceeded $4 billion globally for four consecutive years, also a milestone no other studio has ever achieved. Despite challenging market conditions, Warner Home Video was, once again, the industry’s leader, with an overall 21 percent marketshare in total DVD and Blu-ray sales. WHV was also the number one home entertainment studio internationally in 2012. The companies comprising the Warner Bros. Television Group produced more than 50 series for broadcast, first-run syndication and cable in the 2012-13 season. WBTVG and Warner Bros. Home Entertainment continue to be category leaders, working across all platforms and outlets, and trendsetters in the digital realm with video-on-demand (transactional and ad-supported), branded channels, original content, apps, anti-piracy technology and broadband and wireless destinations.

Warner Bros. Pictures International is a global leader in the marketing and distribution of feature films, operating offices in more than 30 countries and releasing films in over 120 international territories, either directly to theaters or in conjunction with partner companies and co-ventures. New Line Cinema, part of Warner Bros. Entertainment since 2008, coordinates its development, production, marketing, distribution and business affairs activities with Warner Bros. Pictures to maximize film performance and operating efficiencies. Highlights of New Line’s 2013 release slate, distributed by Warner Bros., include Jack the Giant Slayer, The Incredible Burt Wonderstone, The Conjuring, We’re the Millers and The Hobbit: The Desolation of Smaug. The Warner Bros. Television Group oversees and grows the entire portfolio of Warner Bros.’ television businesses, including worldwide production, traditional and digital distribution, and broadcasting. In the traditional television arena, WBTVG produces primetime and cable (Warner Bros. Television and Warner Horizon Television), first-run syndication (Telepictures Productions) and animated (Warner Bros. Animation) programming, which is distributed worldwide by two category-leading distribution arms/operations (Warner Bros. Domestic Television Distribution and Warner Bros. International Television Distribution). Among the primetime series produced by divisions of the Warner Bros. Television Group are 2 Broke Girls, Two and a Half Men, The Big Bang Theory, The Mentalist, Mike & Molly, Person of Interest, Revolution, The Following, The Vampire Diaries, Nikita, The Middle, Suburgatory, Rizzoli & Isles, Supernatural, Arrow, The Bachelor, The Voice, Dallas, Pretty Little Liars, and many more. Also produced by the company are first-run syndicated programs such as The Ellen DeGeneres Show, TMZ and Extra, among others, as well as animated shows The Looney Tunes Show, Beware the Batman and Teen Titans Go!.

WBTVG is an innovative leader in developing new business models for the evolving television landscape, including ad-supported video-on-demand, broadband and wireless, and has digital distribution agreements in place with all of the broadcast networks. Internationally, the Studio is one of the world’s largest distributors of feature films, television programs and animation to the worldwide television marketplace, licensing over 61,000 hours of television programming, including more than 6,500 feature films and over 50 current series, dubbed or subtitled in more than 40 languages, to telecasters and cablecasters in more than 175 countries.

WBTVG provides original shortform programming for the broadband and wireless marketplace through its Studio 2.0 digital venture, and its digital media sales unit is devoted specifically to multiplatform domestic advertiser sales for both broadband and wireless. WBTVG continues its strategic expansion into digital production and distribution with the launch of several advertiser-supported entertainment destinations, including TheWB.com, a premium, video-on-demand interactive and personalized network and KidsWB.com, a premium destination built around youth-oriented immersive entertainment. The final component of WBTVG is broadcasting: The CW Television Network, launched (in partnership with CBS) in September 2006 with quality, diverse programming, is targeted to the 18–34 audience.

Warner Bros. Animation is one of the leading producers of animation in the entertainment industry, with an innovative and talent-rich roster boasting some of the most accomplished writers, producers and artists working today. WBA is home to the iconic animated characters from the DC Comics, Hanna-Barbera, MGM and Looney Tunes libraries. The studio is on the cutting edge of animation technology, and has both CG and traditionally animated projects in current production and development. In addition to TV programming, WBA produces theatrically released CG cartoon shorts featuring iconic Looney Tunes characters, rendered in stereoscopic 3D. WBA also creates the highly successful series of DC Universe original animated movies for DVD.

Based on the constantly changing ways by which consumers access entertainment product, WBHE focuses on maximizing current and next-generation distribution scenarios to make the Studio’s content available to audiences through as many channels, platforms and devices as possible. WBHE is also charged with harnessing the benefits of emerging technologies, as well as managing the risks these technologies pose to the economic value of the content. By grouping like business units and streamlining the process of delivering the Studio’s content to consumers in the format of their choice as conveniently as possible, WBHE helps the Studio to maintain an industry-leading and defining role in the rapidly evolving home entertainment marketplace while moving consumers’ home entertainment experiences into a new era.

With more than 3,700 active licensees worldwide, Warner Bros. Consumer Products licenses the rights to names, likenesses and logos for all of the intellectual properties in Warner Bros. Entertainment’s vast film and television library. With a global network of offices and agents in key regions throughout the world, including North America, Latin America, Asia and Europe, WBCP maintains an ongoing commitment to expand and build the power of its core brands’ recognition in the international marketplace through strong and creative merchandising, promotional marketing and retail programs.

DC Entertainment’s DC Comics has been in continuous publication for more than 60 years, and is the leading comic book publisher in the industry and the creator of some of the world’s most recognized icons. DC’s characters continue to headline blockbuster feature films, live-action and animated television series, direct-to-video releases, collectors’ books, online entertainment, digital publishing, countless licensing and marketing arrangements and, most recently, graphic novels. DC continues to attract new readers and fans all over the world with its signature characters Superman, Batman, Wonder Woman and Justice League leading the way. Warner Bros. Entertainment is headquartered at the Warner Bros. Studios lot, 142 acres in Burbank, California, which is considered one of the foremost motion picture and television production and post-production facilities in the world and home to 35 soundstages (including one of the world’s tallest stages, which has an in-ground tank capable of holding more than two million gallons of water). In addition, Warner Bros. Studio Facilities is responsible for managing the company’s studio in the U.K. – Warner Bros. Studios Leavesden – a 160-acre production facility that has been the production site of many highly acclaimed Warner Bros. movies including the eight Harry Potter films, The Dark Knight, Sherlock Holmes and Charlie and the Chocolate Factory.