Sega was established in 1940 as

a small manufacturer of jukebox game machines. Name Sega was formed from Service Games. The company, which started in Hawaii, later moved to Tokyo, Japan. In 1982, Sega introduced SubRoc 3-D, which was a break through in development of 3D games. The company’s profits increased significantly. At that time Sega has released its first game console SG-1000. In 1984, Sega was purchased by Japanese company, CSK. Then later Sega has developed Sega Master System, and in 1991, Sega has introduced Sonic the Hedgehog, one of the most successful characters in the history of video games. in 1995, Sega has brought to market Sega Saturn system, which used two 32-bit processors, a serious computing power for that time. Next, Sega has developed Dremcast console in 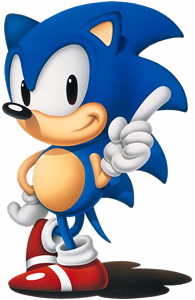 1998, initially successful console,  which however discontinued by 2001, and since them Sega more concentrated on developing software rather than hardware. Some of Sega’s current developments include: