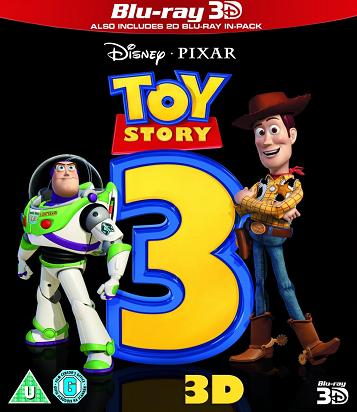 Toy Story 3 brings us back to Andy’s room. This time, though, there are some changes as Andy is grown up and preparing to go off to college. The toys ignore Woody’s insistence that they won’t be thrown away and that Andy still loves them despite not playing with them in many years. Through a series of events the toys find themselves at a day care under the oppressive reign of Lots-o-Huggin’, a teddy bear. Woody and his friends plan an escape from the day care center and return to Andy’s house on a daring mission.

Toy story 3 returns to Andy’s bedroom. It’s changed since we last saw it in Toy Story 2 and the original Toy Story before that. Andy’s all grown up this time and preparing to leave for college. Woody, Buzz and the rest of the gang are worried that Any will forget about them, even throw them away. But Woody insists that Andy would never do that them. As the toys were going to be put in the attic there’s a mix up and they wind up on the curb with some trash. The gang escapes and jumps into the back of Andy’s mom’s car and joins other toys going to a day care center.

But the day care center isn’t all it’s cracked up to be and it isn’t just the wild children. Lot’s-o-Huggin is the teddy bear in charge and he’s not as soft and cuddly as he looks. If Woody and the rest are going to ever see Andy again they’ll need to break out and fast. The mission is dangerous, but in the end they make it, though just barely, and make it in home to meet Andy.

Toy Story 3 was directed by Lee Unkrich, co-director of Toy Story 2 and also of Finding Nemo. The spirit of Toy Story continued in this highly anticipated addition to the franchise, and was beloved by audience who found themselves completely immersed within this fictional, yet completely conceivable, world where toys are alive, love unconditionally, and will always want nothing more than to be played with by their children.