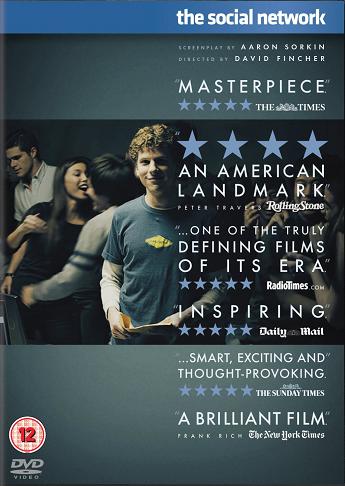 The Social Network is the story of the creation of Facebook and Mark Zuckerberg. This world changing online communication website, like all things that have world changing consequences, was surrounded in controversy. The movie features many well known people that were present at the beginning days of Facebook, the story focusing on Mark Zuckerberg, Eduardo Saverin, the money behind the creation of Facebook, Sean Parker, the founder of Napster, and the Winklevoss twins who claimed that Zuckerberg stole their idea and proceeded to sue him for ownership of Facebook.

The Social Network is the story of Mark Zuckerberg and the creation of Facebook. It is told through flashbacks during a court hearing, we see the tumultuous beginning of the phenomenon of Facebook. Mark Zuckerberg is approached by fellow Havardites the Winklevoss twins to make a social networking site for Harvard students. He agrees and begins coding feverously while Zuckerberg’ then best friend Eduardo Saverin fronts the money needed to begin the venture.

Soon the site takes off, quickly spreading to various other college campuses like wildfire. Zuckerberg then begins to have arguments with Saverin. Saverin wants to place adds on the website in order to generate more revenue. Zuckerberg, on the other hand, was never that interested in the monetary aspect of the project and argues that if they did that, the website would be considerably less cool than it currently is.

At the same time the Winklevoss twins are trying to figure out how to gain control of the website as they believe it is their intellectual property. Zuckerberg disagrees, saying that they didn’t write a single line of code for the project they claim as their brainchild. Saverin and Zuckerberg grow even more distant at the involvement of Napster founder Sean Parker. Soon Zuckerberg’s inability to communicate and drive to become number one make him find himself involved in two lawsuits at once, one from the Winklevoss twins and the other from his once friend Saverin.