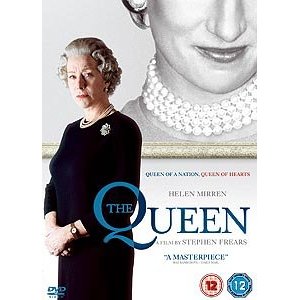 The film The Queen begins just after the election of Tony Blair as Britain’s prime minister. Three months later, Princess Diana, is killed in a car crash in the Alma Bridge tunnel in Paris. Blair and the Queen disagree over much having to do with Diana’s death and how the event should be handled. Over time the two grow to have an understanding and great respect of one another. The Queen, whose approval ratings have dropped, sees the need to modernize the monarchy and cautions Blair that one day he too may find the public rapidly turning against him.

Tony Blair is elected Prime Minister. The Queen is wary of him, asking to form a government in her name. Not three months later the Princess of Wales, Diana, is killed in a car crash along the Alma Bridge Tunnel in Paris. Blair gives a speech written by his director of communications, Alastair Campbell, in which Diana is described as being “the people’s princes” and phrase rapidly catches on. Millions of people turn out at the gates of Buckingham and Kensington Palaces to show an outpouring of grief for Diana.

Blair and the general public feel the need for the royal family to come out with a public statement about the event. But the royal family is divided over what should be done. Meanwhile, Blair’s approval ratings skyrocket and his anti-monarchist advisers and wife are delighted. Blair doesn’t feel the same way, though, and begins to admire the Queen.

The royal family doesn’t want to indulge in the public’s hysteria, but Blair suggests that they attend a public funeral at Westminster Abbey for Diana, fly the flag over Buckingham Palace at half mast and speak to the nation in a televised event. Later the Queen does speak on Diana’s life and legacy, following Blair’s suggestion. Finally, the Queen regains popularity, cautioning Blair that one day he’ll find that the public opinion can change rapidly and states that the monarchy must modernize.