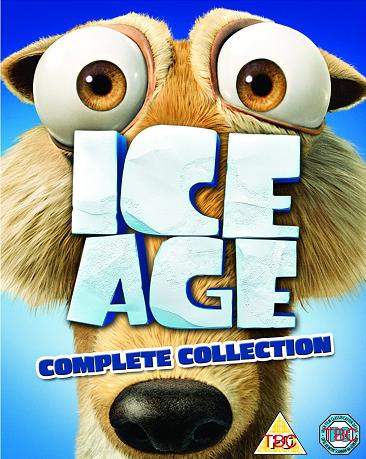 Ice Age opens as the mammals of prehistory are migrating for the winter. Sid, a prehistoric sloth, gets left behind by his family and then rescued by Manny the Mammoth. Together they find a woman in the river who gives her baby to Manny before disappearing. After some debate, Sid convinces Manny to return the baby to the human camp. They’re gone though, having moved for the winter. Diego, the sabre toothed tiger, joins them with plans of taking the baby for the leader of his pack before having a change of heart and coming to care for ‘Pinky’. After a long journey and much adventure they defeat Soto the sabre toothed tiger and deliver the baby safely to his father.

Sid the sloth has been left behind again. It happens every year at migration time so he isn’t very bothered at first. But after he gets attacked by two Brontops and is saved by Manny the mammoth, Sid isn’t so sure and sticks close by to his large friend. At the same time, Diego, right hand man to Soto, is seeking revenge on a camp of humans and follows his saber tooth tigers’ leaders orders to bring a baby human to him.

The mother escapes death, however, and leaves her baby in hands of Manny and Sid. But when Sid tries returning the baby to his ‘herd’ they find that the humans have moved on. With Diego tracking the path of the humans, Manny finally gives in to Sid’s wishes and begin a journey to return ‘Pinky’ to the human tribe. The group goes on many adventures, meeting a group of dodo’s convinced an Ice Age is coming, get lost in an ice cave and more.

As the group continues on, Diego begins to have a change of heart, not sure if he leading Sid, Manny and the baby into an ambush is the right thing or not. By the time they reach the pass where the humans are on the other side, they find Soto and the pack waiting for them. When Soto attacks Manny, Diego protects him, getting wounded in the process. They finally return the baby to his father. Manny, Sid and Diego all head south for the winter.