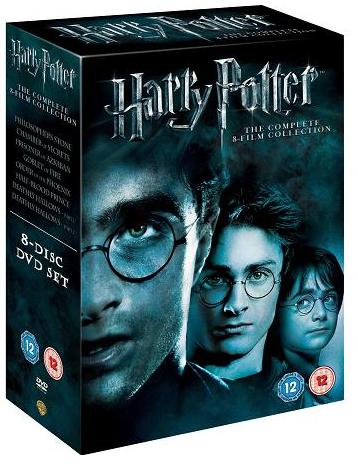 Harry Potter is comprised of a total of seven novels written by author J.K. Rowling. These fantasy adventures follow the life of Harry Potter, a school aged wizard, along with his two friends Ronald Weasley and Hermione Granger. The three students of Hogwarts School of Witchcraft and Wizardry fight against the growing forces of evil throughout the course of the series. Harry’s ultimate goal is to defeat the evil, dark wizard Lord Voldemort whose plans include conquering the wizarding world, enslaving the non-magical people, and destroying anyone who dares to stand in his way.

June of 1997 saw the release of the first of the Harry Potter novels. Since then the books have gained tremendous popularity, being translated into 67 languages and can be found on bookshelves worldwide. Nearly 450 million copies have been sold with the last four books in the Harry Potter series being the fastest selling books in world history.

Harry Potter is the ultimate story of good versus evil with elements of many other genre’s felt as well, including fantasy and coming of age, as well as elements of mythology and cultural references. Various themes are also touches upon such as corruption and prejudice.

The books were quickly developed into films, Rowling selling the rights to Warner Bros. in 1998. The cast comprised of mostly British and some Irish actors too keep true to the books, only looking for actors of other nationalities when called for in the books. Many directors were considered for the first film, Harry Potter and Sorcerer’s Stone with Chris Columbus appointed in 2000 as director. Filming began in October 2000 after a long hunt for cast members.

After directing the first two films, Columbus bowed out as director, staying on as producer, and allowed director Alfonso Cuaron to take over. Production on the fourth film began before the release of the third film so a third director took over, Mike Newell, the first British director to work on Harry Potter. The fifth movie saw another director, David Yates, who continued as director for the sixth movie as well.

The first six books were released as single movies. Directors came and went with actors remaining the same, except, of course, for Dumbledore as the original actor Richard Harris died after the second film was completed. The seventh film comprised so much material and was so beloved that Warner Bros. president Alan Horn announced that it would be divided into two movies so as not to lose any content, with Part 1 being released in November of 2010 and Part 2 released in July 2011.

All eight films have received top ranks at the box office as well as being listed as the highest grossing movies of all time. As for the favorite movie of the fans? Well, that one differs depending on who you ask. Some fans prefer the first two films which were very true to the book. Others prefer the later films which were much more character driven than their predecessors. Rowling has said that Deathly Hallows is her favorite in the series.

Critics have also differed on their opinions on the films, but generally conceded to their great achievement and success. At the 64th British Academy Film Awards in February 2011 Rowling along with several of the directors for the Harry Potter films collected the Michael Balcon Award for Outstanding British Contribution to Cinema on behalf of all the films in the Harry Potter series.

The collection includes the following dics: