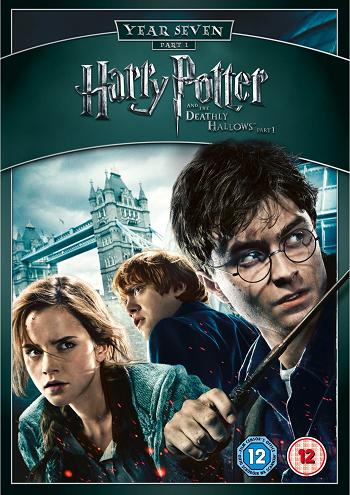 Harry Potter and the Deathly Hallows Part 1 is based off of J. K. Rowling’s seventh installment of the same name, focusing on the first half of the book. It begins with Harry’s departure from his Aunt and Uncle’s house to The Burrow. While the Order of the Phoenix escorts Harry, they are attacked, Mad Eye Moody being killed and George Weasley being injured. Soon after Harry and his friends learn of the death of the Minister of Magic and set off on a quest to destroy seven Horcruxes. The Horcruxes, according to the deceased Dumbledore, are tiny parts of Voldemort’s soul, and until they are destroyed he cannot be killed.

Harry, Ron and Hermione leave on their journey, battling living in the wilderness and the ill effects of the Horcruxes until they learn how to destroy them. Ron leaves after an argument, only to return just in time to save Harry from drowning and destroys one of the Horcruxes. Later, the trio are captured by Snatchers and taken to the Malfoy Manner where Hermione is tortured for information. They are saved by Dobby the House Elf who is tragically killed in the escape.

The Lord of the Rings Trilogy