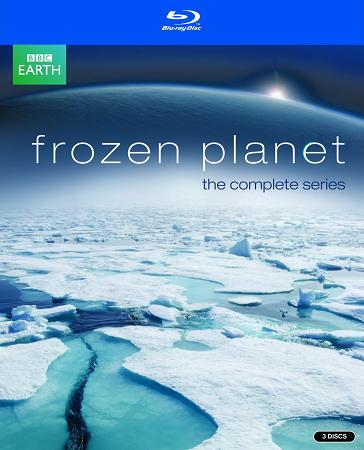 Travelling the great regions of ice wilderness across the North and South poles, David Attenborough goes on an incredible journey to the least known regions on the planet. Until today, they remain to be inhabited by the most peculiar and hardy animals due to the conditions they live in. Although this documentary is divided into seasons, it is good to know that the winter and summer seasons are at opposite times during the year in the Arctic and Antarctic region. In the North, the Arctic, the summer season, along with continuous sunshine, runs from June to August, whereas, in the Antarctic and South Pole these months are the harsh and dark winters.

The documentary begins in the North Pole after months of complete darkness. There we encounter the love between courting polar bears as the spring season begins. Moving towards Greenland, viewers witness the beauty of waterfalls amid the ice caps. In Alaska, the largest gathering of seabirds takes place, with the humpback whales not far behind, as they come to feast in waters still rich with food. Further south, viewers discover one of the largest forests still remaining on the planet. While the Taiga forest may not be as well-known as the Amazon, it is the source of one third of all the trees in the world. Some of the wildest animals can be found here, including 25 of the world’s largest wolves, which are able to attack and prey on dangerous bison.

On the other end of the planet around Antarctica, hungry sea-lions also search the waters of the Southern Ocean in search of food. Viewers witness “surfing” penguins as they try to escape their fate as prey. Meanwhile, seals must also survive teams of orcas working together to create huge waves in order to wash them off the ice floes and into their clutches. Similar to giant prehistoric animals, viewers will be shocked to see the size of sea spiders and woodlice in the strange world beneath the water. On the ground and far from sea creatures, discover the naturally beautiful crystal caverns that circle the peak of Erebus, the most southerly volcano existing on earth. From there, learn about the earlier explorers of Antarctica, Amundsen and Scott, who were the first to walk on the South Pole only one hundred years
ago. Still an early discovery, there is much to be learned about the largest stretch of ice on the planet.

From a practically lifeless winter, the polar regions drastically transform as the sun begins to shine and life is brought out of hiding. During this time, animals search for food and find mates to reproduce with. In the Arctic, a polar bear mother takes her cubs hunting with her just as the white wolves of the region use this time of good weather to raise their cubs and teach them how to survive. The woolly bear caterpillars spend the winters frozen solid and are brought back to life with the start of spring. Because of the harsh conditions of the environment, these caterpillars have quite a peculiar growth development. While most caterpillars only take a few months to become moths, the woolly bear needs 14 years to reach adulthood! This literally gives it only a few days to find a mate to reproduce with before it dies. One of the most spectacular transformations, however, is the melting of billions of tons of ice. As frozen rivers start to break apart inland, ice fragments flow downstream bringing freshwater to the Arctic Ocean. This melted water is also a source of food for vast shoals of cod and narwhal. Soon enough, an ice piece the size of Australia will have melted away.

While the giant albatross and king penguins have endured the harsh winters of Antarctica mostly alone, they are suddenly joined by vast numbers of migrating seabirds. During this season, the largest gathering of animals on the planet takes place on these isolated shores. Here, viewers will get to witness enraged battles between male elephant seals fighting over the females. On the other hand, male Adelie penguins arrive in Antarctica before the females so that they can build an attractive nest. These male penguins basically compete for mates by attaining a good property, including the location and the nest itself! Penguins which want to arriver earlier for better partners must battle through the fiercest storms on the planet. Once the weather has calmed and all the males settled in, the female Adelie penguins arrive after being chased by killer whales. Finally, they can begin to mate and reproduce.

By the time summer reaches the polar regions, many animals would have arrived to begin feeding, rearing, and fighting their young in the available opportunity they have before winter takes over. However, summer can also be a harsh season for many as the sun never sets and the heat never cools. As the ice melts away in the Arctic, polar bears are deprived of their comfort. Some of them spend their days sleeping on icy sunbeds to save their energy, while others must resist the attack of sharp beaks from a tern colony as they try to gather eggs. For the cubs, however, this is an exciting season as they begin their first swimming lessons! Similarly, in Antarctica, king penguins must also find ways to deal with the relentless heat. While the adult penguins surf the waters, their woolly-coated chicks play in mud baths to cool down.

On the treeless tundra, a ferocious fight takes place between a heard of musk oxen and a pair of Arctic wolves that are about to prey on a calf. Not too far away, rival bull fur seals also battle as the little pups try to escape accidental injuries from these ferocious adults. In the waters, a minke whale tries to escape a whole family of killer whales. A never before filmed 2-hour chase goes on between them until the killers have successfully worn out their prey. Once more, viewers receive a comic farewell from the Adelie penguins, which gather in a colony of half a million like mechanical toys. While pratical skuas patrol the skies for an opportunity to snatch vulnerable prey, the adult penguins are constantly watching over and protecting their chicks. When one is snatched, an ensuing battle is bound to go off between them.

With the start of autumn, the waters begin freezing over, but the weather is still endurable enough for animals to start violent battles, relax before the winter, and rear their offspring before they begin their journeys. As the gathered polar bears await the return of the ice on the Arctic coast, many fights occur between each other. In another location, beluga whales spend their time relaxed rather than angry as they head for a special estuary, a natural “spa”, where they exfoliate their bodies on the gravel. Towards the inland, the tundra’s low-growing green vegetation leaves of spring and summer are drastically transformed into a fiery red in order to absorb more heat from the sun. Here, viewers will also witness violent clashes between musk ox males as they run into each other head-first to protect their harems of around 10-20 females.

On the other end of the world, in Antarctica, we are once more united with the Adelie penguins. The chicks group together as they wait for their parents to return from fishing. One parent takes its twins on a funny steeplchase. Unfortunately, since there is only one meal, only winner gets to eat it. Flash forward to two months later and the chicks have become entirely feathered with exception to their remaining fluffy Mohican hairdos! Apparently, penguins don’t have a natural love for swimming as they reluctantly enter into the sea. Soon enough, however, viewers understand why penguins aren’t too eager to swim as a never before seen hunting maneuver is caught on film when a leopard seal suddenly explodes out of the water and snatches a chick from the ice. As autumn nears to an end, most animals leave to avoid the harsh season ahead. The large emperor penguins, which remain in Antarctica, start their journey inland to find a place for breeding. Afterwards, the females head back to the sea and leave the fathers alone to hold the eggs during the winter.