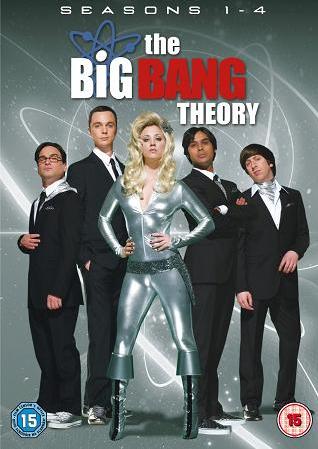 American sitcom The Big Bang Theory was created by executive producers Chuck Lorre and Bill Prady, as well as Steven Molaro who all serve as head writers. The show centers on roommates Leonard and Sheldon, both geeky and socially awkward, two friends who work at the California Institute of Technology with them, and their neighbor across the hall, the beautiful aspiring actress Penny.

The Big Bang Theory first hit American television on September 24, 2007. The show was set in Pasedena, California and focused on main characters Leonard Hofstadter and Sheldon Cooper, roommates, coworkers, and friends. The two socially awkward, geeky men with multiple degrees and jobs at the California Institute of Technology couldn’t be more different from their neighbor across the hall, the aspiring actress Penny. With a slew of other geeky and socially awkward individuals who are otherwise geniuses in their field, the show has come to include a fantastic cast that is beloved by audiences.

February 14, 2008 saw the Big Bang Theory’s debut in the UK on Channel 4. With more than 12 million viewers in the United States and 1 million in the UK, the show’s popularity continues to rise. The Big Bang Theory has also been granted many prestigious awards over the course of its run. Some of these include an Emmy in 2011 for Best Actor in a Comedy Series, a Golden Globe award for Best Preformance by an Actor in a Television Series, Comedy or Musical, an Emmy for Outstanding lead Actor in a Series, and the People’s Choice award for Favorite Comedy.
There have been five seasons thus far with the fifth season premiering on September 22, 2011. The Big Bang Theory is contracted to run through the 2013-2014 season.